Chinese in Victoria took Many Roads to Fortune

An ambitious online project called Many Roads brings together the collections of eighteen Victorian cultural organisations, both metropolitan and regional, to tell the story of the Chinese on the goldfields of Victoria.

In the 1850s thousands of Chinese journeyed to the fabled goldfields of central, northern , northeastern and western Victoria. ‘The gold was what drew them here,’ says Anita Jack, General Manager of the Golden Dragon Museum and great grand daughter of a goldrush-era Chinese migrant. ‘Here in Bendigo at the peak of the gold rush a quarter were Chinese. The other three quarters were people from America, Europe, New Zealand, all across the world. It was a very multicultural time.’ 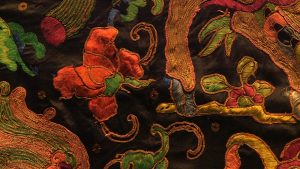 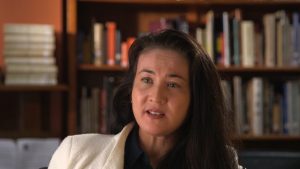 The project features interviews with historians and descendants of Chinese migrants. Pictured here is Anita Jack, Manager of the Golden Dragon Museum. Image by Jary Nemo.

The digital story Many Roads canvasses the discrimination the Chinese faced and the famous overland treks the Chinese were forced to take to get to Victoria, but also the various positive ways the Chinese contributed to the economy and culture of Victoria. ‘On one hand there’s racism, there’s poll taxes and very challenging circumstances’ says Professor Keir Reeves, Director of the Collaborative Research Centre in Australian History at Federation University Australia, ‘but on another, people are going into business ventures with European miners. They’re just getting on with it and working their way around some of the injustices they encountered.’ 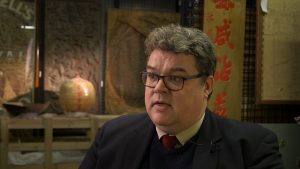 The story is freely available to watch, show and share via the Culture Victoria portal at: https://cv.vic.gov.au/.

Working mainly in digital video, they produce stories for smaller screens, web and digital formats. They are based in Ballarat in regional Victoria. They take on commissions and also produce self-driven projects where they develop story concepts, source funding, and bring together project partners and collaborators.

Their remit is to produce stories which promote positive change and social responsibility.

More information about Wind & Sky Productions is available at http://windsky.com.au/