The Wind & Sky Productions team travels (virtually) to Silicon Valley in the US this month as our short documentary ‘Data Democracy’ is part of the Silicon Valley International Film Festival. 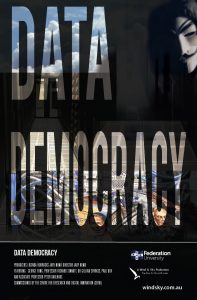 The Silicon Valley International Film Festival is a carefully curated event held at tech sites in Silicon Valley designed to provide networking opportunities between film makers and tech professionals. Silicon Valley is home to many of the world’s biggest tech companies, including Google, Apple, eBay and Facebook.

All films will be screened virtually over a three day program from 11-13 December 2020.

Tickets and film access is via the Film Freeway portal https://filmfreeway.com/SiliconValleyInternationalFilmFestival/tickets

We are in an era where communities can interact with data in ways that were impossible to imagine a few short decades ago. While there are undoubted public benefits from accumulating, federating and aggregating data, both government and private institutional data use has in recent times been highly controversial, raising important questions about access, rights and community interest in the new digital and geospatial age.

Commissioned by the Centre for eResearch and Digital Information (CeRDI) at Federation University Australia, this short documentary aims to inform and inspire discussion on the issues of fairness, access, sharing and communicating data in the technological era. 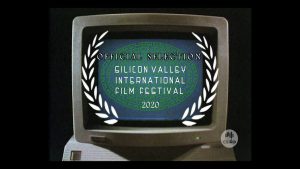