Finalists for Best Documentary for ‘Out of the Closets’

We’re super excited to announce that ‘Out of the Closets, Into the Streets’ has been shortlisted for two awards at the 2018 Setting Sun Film Festival.

We are in the stakes to win:

It’s a great honour to be nominated and we wish all the best to our fellow finalists. It’s pretty tough competition!

Winners will be announced on the Setting Sun Film Festival website in April and of course the winners will be screened on opening night Thursday April 26 7pm at the Sun Theatre Yarraville. 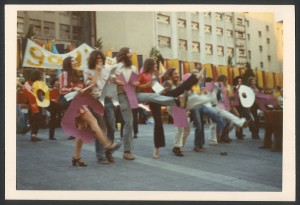 In 1970s Melbourne a group of students made a stand for gay pride at a time when homosexuality was criminalised and discrimination and abuse was widespread. When being gay meant hiding your true self. Where the act of coming out was a radical form of protest. More than 40 years on, Gay Liberation Front members reflect on the impact of those days.

The film features interviews with Melbourne Gay Liberation Front members, archival images from the Australian Lesbian and Gay Archives collection, and original Super 8 footage of 1970s Gay Lib and Women’s Lib activities filmed and edited by Barbara Creed. The story was produced by Wind & Sky Productions in collaboration with the Australian Lesbian and Gay Archives (ALGA) and is based on the 2015 physical exhibition of the same name curated by the Archives. 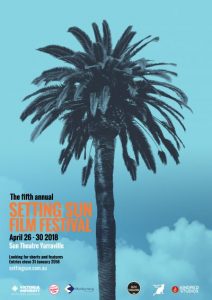 ‘Out of the Closets’ screening as part of ‘ The Bridge’ Program