Win a Free Double Pass to see the Film ’99 Homes’

Because our ‘Neon’ giveaway tickets were snaffled up so quickly the Melbourne International Film Festival Travelling Showcase has given us three double passes to give away to the film ’99 Homes’, screening at the Ballarat Regent Cinemas on Friday the 18th of September at 6:45 pm.

To be in the running for a double pass, send an email to enquire@windsky.com.au with ’99 Homes’ in the subject heading and your name in the email body. We’ll give passes to the first three. 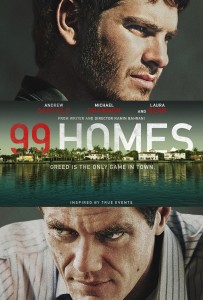 In the midst of the US housing crisis, a single father is kicked out of his bungalow with only minutes to collect his belongings. Determined to buy his home back, he finds himself working for the same man who evicted him and begins to learn the tricks that were once used on him.

The latest film from award-winning director Ramin Bahrani, 99 Homes is a razor-sharp parable about the collapse of the US housing market, with a character who turns from prey to predator. Stars Andrew Garfield, Laura Dern and especially Michael Shannon (as the charismatic real estate mogul Rick Carver) are all spot on.

“Stand aside, Gordon Gekko. Michael Douglas’ Mephistophelian Wall Street corporate raider may stand as the emblem of 1980s rapacity, but now he has a successor for the credit-crunch era: Rick Carver.” – BBC

Strictly 18 years and over.

Thanks to fine folk at the Melbourne International Film Festival for the movie passes. 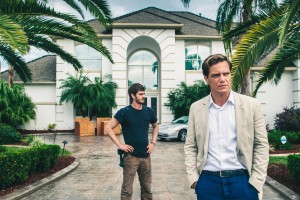 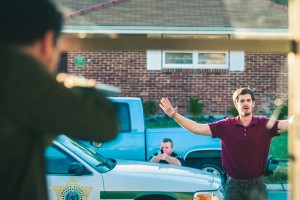