Few Melbournians realise that the Mission to Seafarers, that odd-looking building with the dome and the bell tower at the Docklands end of Flinders Street, has a story reaching back to World War One and early 20th century Melbourne harbourside life.

A new documentary ‘Harbour Lights’ tells the story of a remarkable and forgotten group of women connected to the origins of that building. 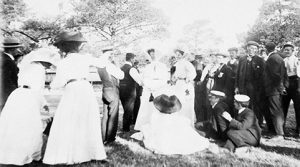 The Ladies Harbour Lights Guild, circa 1910. Courtesy of the Mission to Seafarers Victoria.

In 1906 a pioneering women’s network called the Ladies Harbour Lights Guild was founded at the Mission to Seafarers in support of sailors who risked their lives at sea.

“The Ladies Harbour Lights Guild is an untold story and has some national significance, we think”, says Mission to Seafarers curator and registrar Jay Miller.

The Guild was a formidable group of philanthropic Melbourne society women who raised funds for the Mission and volunteered their time. 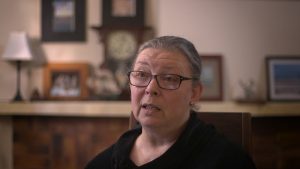 “They were a who’s who of Melbourne’ says Ms Miller. “They were proficient fundraisers who set up a structure around the state.”

The Melbourne Mission to Seafarers, which still operates today, was built on the Yarra River waterfront in 1917 thanks in large part to the Guild’s fundraising efforts.

This was at the height of World War One when ships carrying cargo and passengers were subjected to great danger at sea. 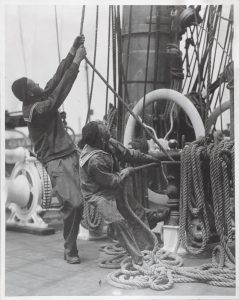 Seafarers circa 1910. Courtesy of the Mission to Seafarers Victoria.

“The people of Melbourne knew they had to continue to support seafarers who were risking their lives and were coming into the port and up the Yarra into the city,” says Mission to Seafarers Heritage Committee Chair Gordon Macmillan.

“Because it was built during the war,” Mr Macmillan explains, “there was built into it from the very beginning commemoration of Merchant Navy and Navy people who were lost.”

The commemoration of sailors in the building was driven by the women of the Guild, but by the turn of the 21st century their efforts had been forgotten. 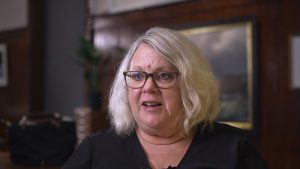 “Voluntary work is often not given its full due in the same way that paid work is in a wider workforce, and women were very, very active”, explains Historian Professor Kate Darian-Smith.

“I don’t think it’s often fully recognised just how much they contributed to support for the troops, and sailors, and merchant seamen, and how they were very important through that work in maintaining morale, and it’s really an often forgotten story but absolutely crucial story for Australian women,” says Professor Darian-Smith.

‘Harbour Lights’ was produced by Wind & Sky Productions in collaboration with the Mission to Seafarers Victoria.

It was directed by Jary Nemo and written and produced by Lucinda Horrocks and Jary Nemo with executive producers Sue Dight and Gordon MacMillan. 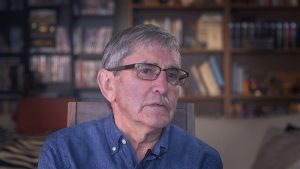 Featuring Melbourne historians, commentators, archivists and architects and rare footage and images of sailing and social life in and around the ports of Melbourne, this film will inform and connect audiences young and old.

Created with the support of the Victorian Government.

The film is free to show, watch and share at windsky.com.au/harbour-lights/ and missiontoseafarers.com.au 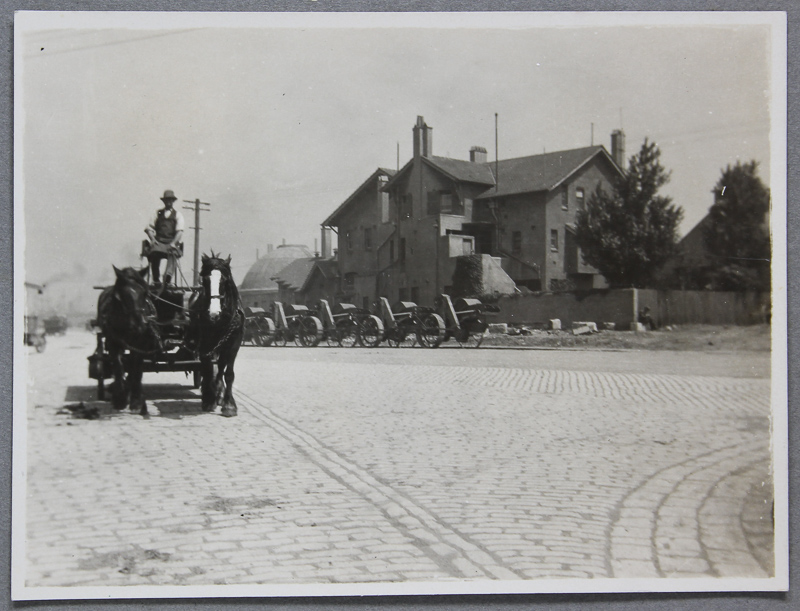