The History of the Savoy Ladies Group

Rural women in Australia have a long history of collectivity, of joining together to face problems, to offer support and to provide service to their communities.

In a small sub-Alpine pocket of North-East Victoria, among ancient gum forests and granite rock, a group of women have offered vital friendship and support to each other every fortnight for the past 30 years. Comprised of women with Italian heritage based in the Myrtleford district, The Savoy Ladies Group, has been, and today is, an important part of a community that has faced both prosperity and hardship. Their story is one of friendship and solidarity and is an example of the strength of both migrant communities and women in rural Australia. 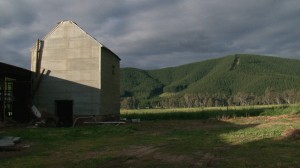 Myrtleford’s proximity to Bonegilla and the tobacco industry of the time drew an influx of Italian and other migrant families. Still from the film ‘The Savoy Ladies Group.’

Like most of Australia, North-East Victoria experienced a post-war migrant boom. Myrtleford’s bourgeoning tobacco industry and proximity to Bonegilla – Australia’s largest and longest running migration reception and training center – meant many families were placed in employment on farms in the region. Often, Italian men would immigrate alone and after establishing a job and home would bring their families out to Australia to join them. Later, many Italian families became part of a cooperative as tobacco share farmers or purchased their own farms, many of which were small in the beginning, but continued to grow as the industry expanded. Many current members of the Savoy Ladies Group recall the difficulty of farm life, of simultaneously raising small children, cooking meals for the workers and of doing physical work in the fields themselves. They speak of hardwork and sacrifice but also of the joy of being together, as former Whorouly resident, Pippa LaSpina recalls, “lunch-time, dinner-time, we were a family”. Although a lot of time was spent with family, many of the women didn’t have the opportunity to socialize or step out into the wider community. A number simply couldn’t drive (which was commonly discouraged by their husbands) but also experienced the isolation found in not being able to speak the local language. Current Group President Rosa Volpe recalls that her father (who immigrated to Australia first before Volpe, her three brothers and mother did in 1937) learnt to speak English as his job allowed him to travel, whilst Rosa’s mother never learnt as, “she never went out. She was always at the farm. That’s why we started this group”.

Perhaps recognizing that this experience was shared with many Italian women of the region, in May 1983 Sister Mark, a nun at the Myrtleford Convent, visited a number of women at their homes and invited them to a dinner at the Myrtleford Savoy Club. Eighty women of Italian heritage, including current members Volpe and Silvana Colombara attended the event, which gave an opportunity for the women to socialize together. Following the success of the event, Sister Mark, community health nurse Sister Lois Knox and Savoy Club president Mario Niovanni helped to organize the group more formally and the Savoy Ladies Group was born. Initially they received funding from the Department of Immigration and Ethic Affairs to support in-Aid workers Anna Zanetti, Rita Ruaro, Ann Rossato, Wendy Damaschi and Cathy Revrenna. 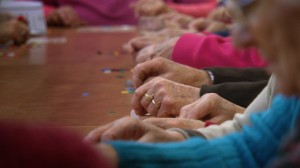 The group began by meeting every fortnight to play ‘Tombola’ (Italian for Bingo), however, they were also audience to a number of guest speakers who discussed women’s health issues, St John’s Ambulance First Aid Courses and how to approach dealing with Centrelink and solicitors. Group exercise programs were introduced, as were English classes.  Members recall that in the early days the Group provided an escape, a social space to make friends and speak their own language – a sentiment that carries through to today.  An important introduction to the group were driving lessons – with a female instructor from Wangaratta who spoke Italian – and many women remember the immense liberty and freedom of getting their license for the first time, such as Franca Cobbe who lived on a farm in Mudgegonga and went until middle age without the independence of being able to drive. Cobbe, who was around fifty years old when she passed the test, remembers that driving for the first time felt like “flying”, the realisation that, now, she could do more on her own.

For those who couldn’t drive, such as some of the more senior women, a government-funded community bus would provide transport from home to the Savoy Club and back. At various stages the bus travelled to the neighboring communities of Bright, Buffalo River, Markwood and Whourouly and Volpe and current Group Secretary Kaye Maggenti would drive the bus themselves when the regular volunteer drivers were unable. (Over time, as older members passed away, the bus became less viable and eventually stopped running, however, was a highly valuable method of connecting women without the means to travel throughout its time of operation.)  They also began to go on trips together. Silvana Colombara recalls the group’s first excursion to Melbourne and the surprise of guests at the Trentino club, who, upon seeing a large group of Italian women without their husbands asked if they were “widowed or divorced.” For many it was the first time they had been away from their families on their own and was followed by subsequent trips, to Adelaide in 1988, Tasmania, Brisbane and The Sunshine Coast and Mildura. Today the group enjoy regular outings to Bright and Albury to go shopping and still enjoy their fortnightly games of Tombola between 1:30 and 3:00 every second Thursday. Volpe notes that “once the ladies get there, there is so much noise! They talk about their problems and are happy to see each other.” 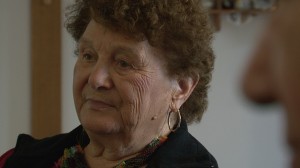 In the past, they have also put on a number of plays, which they write and put together themselves, that share stories of their experience and the community. One such play re-enacted A Day in The Tobacco Shed, another told the story of an immigrant’s arrival in Australia. Every year the group celebrates Christmas Day, Mother’s Day and the Group’s Birthday, often with live entertainment.

As well as participating in social and educational events, the women engage in volunteer work and community service. To this day, the group has participated in Meals on Wheels delivery for 24 years. Volpe and Cobbe also volunteered for some time at the aged care unit of the local hospital, spending time with the women there, pampering them and putting curlers in their hair. Today group members visit residents at the Barwidgee Lodge, send flowers and cards to those in hospital and the Lodge and celebrate members 80th and 90th birthdays. 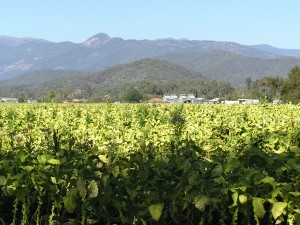 One of the last tobacco crops in Myrtleford, 2005. Source: Wikimedia Commons.

With the collapse of the tobacco industry in Myrtleford in 2006, family livelihoods were destroyed and the group persisted as a strong network of support. Many women, 2nd or 3rd generation Australians who used to bring their mothers, now come to the group as daughters continuing the legacy and maintaining a connection to other Italian women in the region. In 2013  the group celebrated their 30th Anniversary and received a National Volunteer’s Award for their service to the community. Over 150 people attended a lunch at the Savoy Club to celebrate – some came as far as Cobram, Wodonga, Wangaratta and Mt Beauty.

The group, now and then, has demonstrated the possibilities of rural and isolated women coming together for a common goal, to provide support and encouragement and to foster greater self-independence. Having been involved from the beginning Volpe notes that, “30 years ago it felt really wonderful for the Italian community to get together. Now, the ladies still really look forward to every second Thursday when they get to together and play Tombola,” – a testament to the importance of the group to its members and the strength in their common bond.