Commissioned by: The Davids Group

The Brotherhood of St Laurence 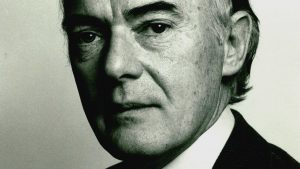 David Scott circa 1980, courtesy of the Brotherhood of St Laurence. 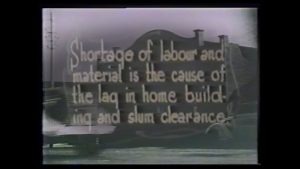 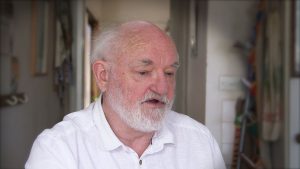 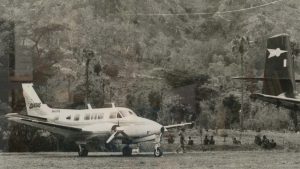 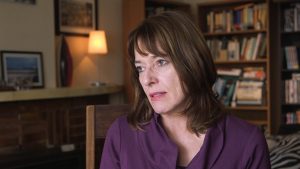 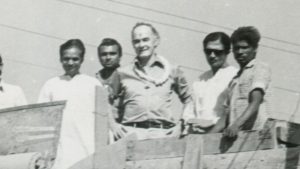 David Scott in India circa 1966, courtesy of Oxfam Australia. 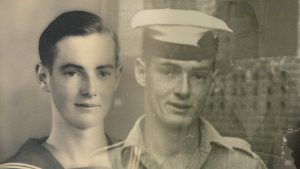 David Scott had an extraordinary life, beginning as a young navy recruit in WW2. Still from the film ‘The David Scott Story’. Images courtesy of Caroline and Matthew Scott. 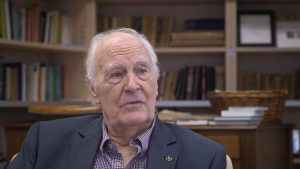 Through the recollections of people who knew him this gentle, reflective story unpacks David Scott’s life.

Beautifully crafted, the film is also a powerful visual reminder of the social transformations of late 20th century Australia.

Once described as ‘one of Australia’s giants in social welfare and social policy’, David Scott was a prominent Australian who had an extraordinary life. He witnessed crucial events in Australia’s history: the Great Depression, the Pacific War, the invasion of East Timor.

He took action where he saw injustice, extraordinary action in the case of East Timor, and he left a lasting mark on the organisations he helmed, as he led them from a 1950s mentality towards the modern phenomenon that is the ‘NGO’.

He is known for many roles, prominent amongst them being the founding director of Community Aid Abroad in the 1960s, the Executive Director of the Brotherhood of St Laurence in the 1970s and the Chair of the Land Conservation Council and Victoria’s first Commissioner for the Environment in the 1980s. Perhaps most famously, in 1975 on a visit to East Timor to oversee a delivery of international aid, David was one of a handful of Australians to witness events on the eve of the Indonesian invasion of Dili. The experience prompted him to drop all commitments and fly to New York to campaign for justice for the tiny island nation.

David’s character was an interesting mix of conflicting traits: he was both shy and bold, modest but a risk taker, pragmatic yet philosophical, adventurous though plagued by lifelong low self esteem. In 1954 the young Second World War navy veteran stumbled almost accidentally into a life of advocacy on the advice of his pioneering uncle Father Tucker, but once he found his vocation he pursued it with ingenuity, perseverance and gusto.

Driven by a personal mantra to ‘always say yes’ to opportunity despite his pervasive self-doubt, David played a significant part in the transformation of Australian public values and policies in the second half of the Australian 20th century. Growing into a quiet yet determined leader, with political skill and pragmatic goals, he encouraged those around him to step up and become activists for change.

In the eyes of those whom he mentored and worked with, David Scott provided a remarkable example of how to navigate complexity and create change that is just as relevant today as it was in David’s era.

The film is free to show, watch and share online at internet quality at The David Scott Story on YouTube.

The Making of the Film

The film was commissioned by ‘The Davids Group’: David Green, David Hall, Hayden Raysmith and Mike Salvaris; an informal group of friends who knew and had been mentored by David Scott.

The Davids Group, working with the Brotherhood of St Laurence as auspice, was instrumental in publishing David Scott’s memoir ‘Always Say Yes’ which was published posthumously in 2014.

They then commissioned Wind & Sky Productions to make a short film about David Scott’s life which was completed in 2019.

The producers would like to thank all those who gave generously in terms of time, expertise and funds to make this film a reality. Particular thanks go to David Scott’s children Caroline and Matthew, to our marvellous brains trust community of experts on call from distant parts of Australia and around the world, and to the many organisations who gave us access to extraordinary original content.

But we have many others to thank, listed in the credits below.