How Much Does a Documentary Cost to Make?

A question we often get asked is ‘I want to make a simple 5 minute film about X. How much would that cost?’

Our answer? ‘It depends’.

For organisational and online video production, a common costing rule of thumb is often said to be ‘$1000 for every finished minute of video’. However, we find this costing rule to be wrong more often than it is right, possibly because the rule seems to have been around for aeons.

For documentary film-making at the lowest-budget level, ‘$1000 per finished minute’ is the cheapest starting point for costing. We recommend using $2000 – $4000 per finished minute as a beginning point or ball park. And you should expect that even a ‘simple film’ may cost more. Why? There are many elements which come into play when costing a film. In this article we detail four factors which can influence cost, and provide some tips on how to reduce costs if your budget is really pushed. 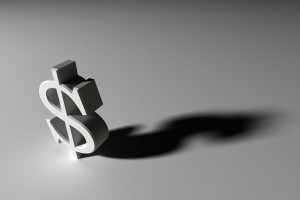 1. The level of quality desired.

The most immediate effect any budget has on film-making is the impact on quality – and by quality we mean how good the look, flow, sound and story is in your film.

With film-making, the sky is the limit in terms of the quality you can achieve. But high quality comes with a cost. The more money you can spend, the better the quality can be. Good quality can be achieved on modest budgets, but it takes some thought and careful planning.

Don’t be put off if your budget is tiny. You can make a moving, authentic film on a low budget. It’s just unlikely to have the polished feel of a higher-end professional production. But a professional, polished feel may not be what you, or your audience, needs.

If you do want a professional feel to your film, you need to hire professionals, who bring equipment and expertise that enhance the visual and audio quality and the storytelling quality.

However, if the quality level you need is not TV-level ‘Australian Story’, but something that will look good on the web, you may not need all the bells and whistles. If you still want to use professionals, you may be able to get away with a micro crew with minimal equipment, costing only perhaps $1500 a day, and a small number of post-production editing hours. This way you may not get a professional look, but you can get a quality story.

If your production budget is very low, and quality is not premium for you, you may consider taking a risk and asking students or keen amateurs to help you make your film. They will charge a lower fee, and may come up with something great, although they may also make something awful. Students and amateurs are also unlikely to take care of public liability and occupational health and safety issues, or to have processes for seeking appropriate permissions and consents – which means you will need to take on those burdens, and the associated risks, yourself.

The cheapest option is to make the film yourself. Digital technology makes it possible for anyone with reasonable technical skills to record and edit and post-produce films on their own. Just bank on investing a lot of your own time in your production, and don’t heap high expectations on yourself in terms of quality.

2. The scope and scale of your story: how many locations, how many events, how many people?

Principal filming is costed per day or per half day. It costs around $1200- $3000 or more to hire the smallest professional film crew per day. The more cameras, crew and equipment your story requires, the more expensive the daily filming costs will be. You also will be expected to pay for the crew to travel to locations. So the more locations and events featured adds up to more travel hours and more film days, which adds to the cost.

Generally speaking, the more people and places featured in a film, the more screen time is needed establishing and introducing them, and the more editorial finesse is required to weave them into the story. The more demanding your storyline, the more time will need to be spent in editing to stitch it all together. Editing and post-production, like filming, is usually costed by the day, and can cost from $500 to $1500 per day, depending on the expertise you need. Editing and post-production is the longest part of film production. Many more hours are put into editing the film than filming it, so consider carefully how complex your story and editing needs are. You should bank on needing at least one day of editing/post-production per finished minute of film.

Note that economies of scale do apply in film-making. It can sometimes be as time intensive to produce a short film 2 or 3 minutes long, particularly if there is a lot of content to be edited down, as it is to produce a 10 minute piece.

To reduce production costs, consider filming your short film over one or a few days in the one location, with a very simple storyline or subject. Simplicity is often the key to the best storytelling, so a small budget can help make a virtue out of necessity.

3. How much third party material you want.

If you are banking on using a favourite piece of music, or a piece of existing film footage, or still photographs you found on the web, you will need to pay for the rights to use them.

Third-party rights are expensive. Music and film footage is costed by the second, and photographs per image. Costs vary extremely according to how well-known the content you want to use is, and where and to whom you want to show it. The more popular or well-known the content, and the more people you want to watch your film, the more expensive the rights will be. A few seconds of use or a few images for even a modest film quickly adds up to thousands of dollars. And be warned – there are often multiple copyright owners for music and film footage, which means you may have to pay the amount out multiple times per artwork.

To reduce costs, consider using your own content or finding free content from creative commons sources such as ccmixter (for music).

4. The level of editorial control you need.

Few people factor in the process of review and amendment, yet it is one of the major time investments in a short documentary film. Because documentaries attempt to catch a reality, they don’t always work easily to a script. You cannot plan what people will say or do. This is one of the exciting aspects of working in documentary. It also makes it dangerous. The content captured needs to be reviewed and evaluated and turned into a story which fits the original need, and also matches what was learnt through the filming process.

If you need to be the one evaluating the content at every stage, or if the message of your film needs to be controlled and to go through hierarchies of approval, you need to factor in viewing, revision and amendment time into the production budget. This adds to the cost.

The cheapest way to work through the review process is to treat your film as an artistic commission, in which you articulate what is needed at the beginning, and you leave it up to the film-maker to produce the creative output. For this to work, you need to have a high level of trust in the film-maker to deliver the film you want, and a clear sense of what it is you want the film to achieve. (For guidance on how to clarify your film-making goals, read ‘5 tips to preparing a film brief’.)

The most expensive way to work through reviews is to request the control to make creative changes at any point in the production. This makes you, effectively, the director, and you direct the film making team to make the changes you require. Film-makers will often charge themselves out at an hourly rate if this is the stipulated requirement – meaning the more changes you want, the more it will cost you.

Some production companies will clearly state what sort of options you have in terms of review, and what impact that will have on the budget. At Wind & Sky Productions, for instance, we have a standard review process for clients, which can be customised depending on the level of control desired.

In sum, film-making is a complex business, and usually film-makers will need a little more information first before they will hazard even a ball-park cost for a ‘simple 5 minute film about X’.

If you really want to find out how much your film will cost to make, you may need to approach a film-maker for a quote. Think about your brief, and be prepared to answer lots of questions.

For more information about copyright, seeking permission, and how to find copyright owners, visit the excellent and informative Australian Copyright Council web site.

In the time of COVID-19 imagine our delight and surprise to learn that three Wind & Sky films had been selected to screen at Australia’s first online documentary film festival.