There is always nervy anticipation at Wind & Sky Productions when festival selection announcements are due. Did they like our film? Did we get in?

In the time of COVID-19, with so many festivals having no choice but to suspend or cancel their events, we haven’t had expectations of good festival news for some time.

So imagine our delight to discover not only that the 2020 Melbourne Documentary Film Festival was putting on a virtual event, but that they had accepted three of our films to screen in it.

The Melbourne Documentary Film Festival team, with some handy support from the City of Melbourne, have put in an incredible number of hours to convert their festival, normally held in July at the celebrated Cinema Nova in Carlton, to a virtual festival.

They also have hopes of holding a physical screening event later in 2020. 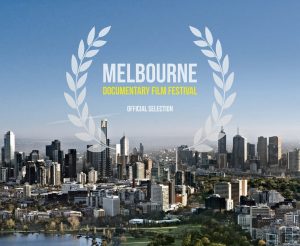 It is the first documentary film festival in Australia to go online due to COVID-19.

It is a great comfort in this time of COVID-19 knowing champions of documentary are raising the profile of local and independent producers while cinemas remain closed.

It’s a wonderful line up with some excellent films. We feel very honoured to be part of this list.

Check out the full line up at www.mdff.org.au

The Wind & Sky films showing are:

In the 1850s tens of thousands of Chinese people flocked to Victoria, joining people from around the world who came here chasing the lure of gold.

Out of the Closets, Into the Streets

In 1970s Melbourne a group of students made a stand for gay pride at a time when homosexuality was criminalised and discrimination and abuse was widespread.

We were happy provide behind the scenes support to this fantastic project.